From Workaholic to Value Ninja 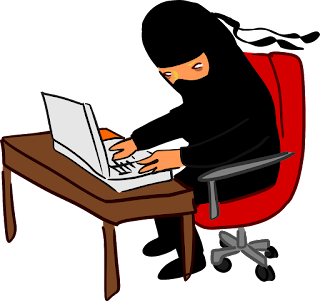 A not-so-recent post by user story god Mike Cohn drifted into my timeline today. I had just finished a user story mapping session at a client.
We ended our user story mapping session with three user stories as candidates for top-of-backlog that would clearly bring huge value to our client and a whole wall full of user stories that ranged from pretty cool to utterly pointless. In the evening I also received a bunch of time-sheets telling me how each team member had spent their hours. How are these two related?

Hi, I'm Dennis and I'm a recovering workaholic. I've had some pretty bad binges. I once worked so hard that I forgot when I had last eaten. My wife had to tell me that it had probably been more than 36 hours as I had left for the office the day before without breakfast and I hadn't left the office except for a quick cat-nap in between. I had a headache and was a bit dizzy but she had to point out to me that that probably had to do with my work overdose.
I had been working on the front-end of an application that, six months in, was still not 'done' and wouldn't see the light of day after its presentation to the client three months later. Thousands of hours of work, zero value. You would think that I would remember those nights with disappointment or remorse but it took me years to realize that the adrenaline fuelled hours spent working deep into the night were rewarding in themselves, much in the same way as a drug.  When I started managing people, I found that my obsession with work translated into making sure that they were working.  I believed that as long as we were all busy, we must be adding value.

Are you a workaholic?

Being a workaholic is not just about working hard, it is an obsession with 'being busy'. If you are tasked with 'resourcing' projects, checking time-sheets or planning tasks and deliverables to keep people 'busy'; if your work is to look for- or worse, wait for tasks to come in so you can be busy, then the chances are that the answer is YES.  This is not just about being addicted to 'working', you may also be losing sight of what you are being paid to do: add value.  There is a cure.
Do you actually need to recover?  Possibly not.

If you add value with a very predictable product or service that needs very little understanding or empathy from the people making or providing it with their customers, work is essentially fully correlated with value.

Consider a steel nail factory - the makers of the nails will make more nails the harder and longer they work.  Nail design and markets do not change rapidly so hard work is the same as value.

Perhaps you should be looking at automation instead.

I had already had a taste of this different, healthier way of working. I had had quite a lot of success as a member of one of Holland's best yacht crews. There, the continuous learning had been the reward, not the actual hard work or even the winning. We were simply very good at adapting to each race and its circumstances and keeping ourselves fit for adapting to the next one. Could I find something similar for my office work?

In 2007 there was a framework being used more and more in the IT world called 'Scrum'.  It hadn't gained too much traction in the enterprise and government projects I was involved in but when I was put on a project as a Product Owner for an external supplier, I had been very impressed with how this worked.  We replaced a failed project that had taken over a year to make with a minimal product that was out in a month.  This was because the team got me to prioritize everything I wanted into a Product Backlog and it turned out that what I really needed was relatively easy to make.

Understand What Value Is

One practice that also helped me understand the difference between work and value is that of using user stories instead of specifications.  The practice is as follows: define the value you could add in a template.  "as a [user] I want [some concrete value] so I can [reason for me wanting it]" so: "As Santa Claus, I want a sleigh so I can give all the children presents on Christmas eve."  This helps us in a number of ways: you have a user you can empathize with, some problem/solution that you can solve and, most importantly, a reason for having the solution.
Making a sleigh for Santa sounds easy until you understand that it has to deliver several hundred million presents in 24 hours.  This makes it clear that this 'story' is rather large (an 'epic') and you probably need to make it much smaller so you can understand and make the solution.

Getting your Black Belt

Another practice - value stream mapping - helps to understand value vs. work.  The 'user story mapping' session I talked about earlier is often done using a very specific version of a value stream map: the customer journey.  Getting out of the 'busy-body' obsession and into the 'value' mindset means developing a strong empathy and understanding with your customer and improving their lives - in short iterations with increments of value.
One of the major differences between 'Agile' companies and 'Leviathans' is how well they understand and adapt to their customers.  If everyone in the company is focussed on adding value instead of being busy - and they are organized, mandated and able to do so - beautiful things can happen.  If you are validating that value with customers regularly, you will be adopting an Agile mindset.
Agile Change Management Leadership Project Management Scrum Tools